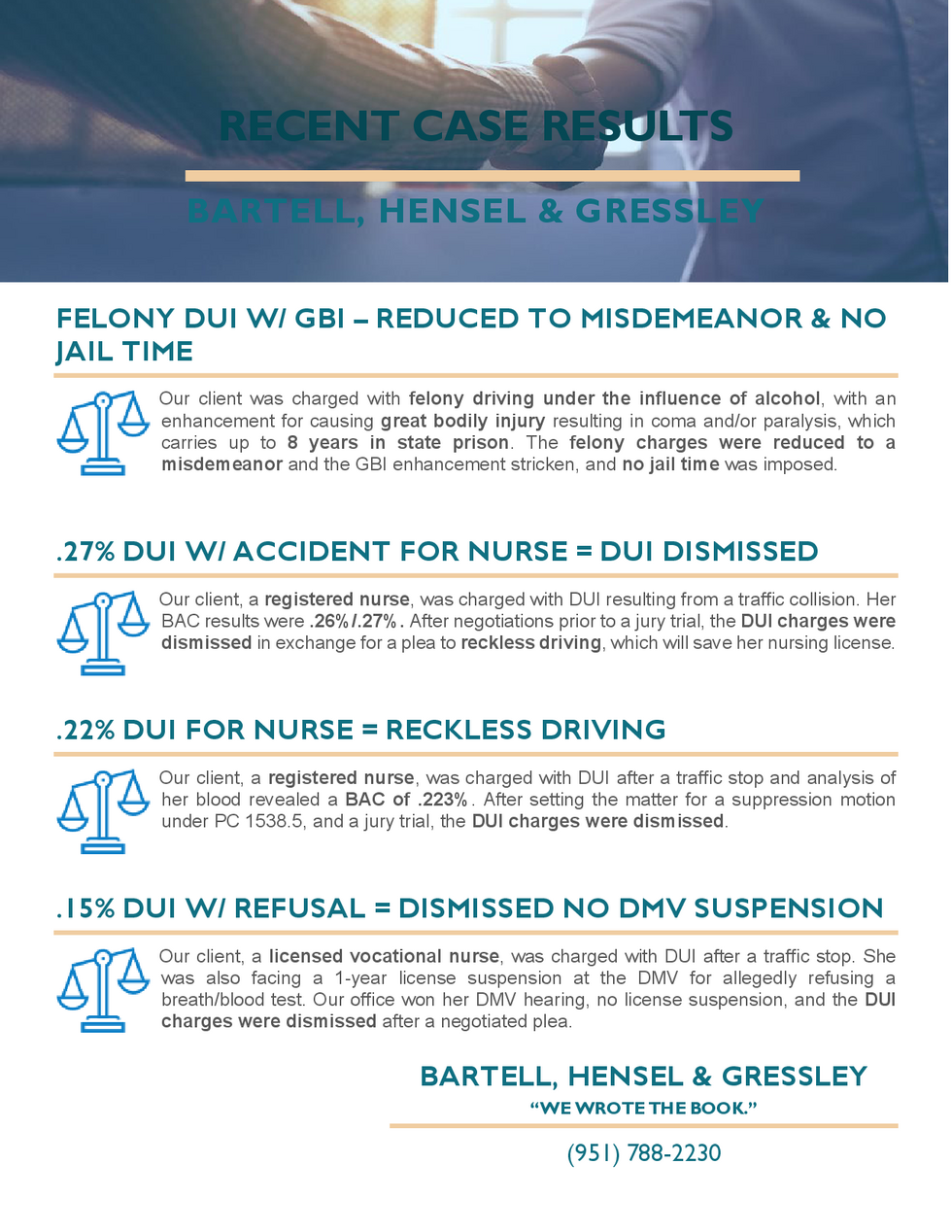 Our client was charged with felony driving under the influence of alcohol, with an enhancement for causing great bodily injury resulting in coma and/or paralysis, which carries up to 8 years in state prison. The felony charges were reduced to a misdemeanor and the GBI enhancement stricken, and no jail time was imposed.

Our client, a registered nurse, was charged with DUI resulting from a traffic collision. Her BAC results were .26%/.27%. After negotiations prior to a jury trial, the DUI charges were dismissed in exchange for a plea to reckless driving, which will save her nursing license.

Our client, a registered nurse, was charged with DUI after a traffic stop and analysis of her blood revealed a BAC of .223%. After setting the matter for a suppression motion under PC 1538.5, and a jury trial, the DUI charges were dismissed.

Our client, a licensed vocational nurse, was charged with DUI after a traffic stop. She was also facing a 1-year license suspension at the DMV for allegedly refusing a breath/blood test. Our office won her DMV hearing, no license suspension, and the DUI charges were dismissed after a negotiated plea.