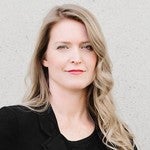 Lara grew up in Northern California and received her undergraduate degree at the University of California, Santa Cruz. Lara attended law school at Santa Clara University. While there, she earned the Witkin Award for her work in Constitutional Law, the Best Brief Award in a National Moot Court Competition, made Law Review, was an Honors Moot Court Finalist, and studied law at Oxford University in 2000. In 2002, she graduated from Santa Clara Law on the Dean's List and with Honors in Public Interest Law. That year, she took and passed the California Bar exam. Lara first worked at the Santa Cruz Public Defender's Office, where she gained experience defending people charged with drunk driving and other crimes. Lara then worked for Legal Aid Society of San Diego, after which she took a job in Riverside, California where she worked as a Deputy County Counsel and then as a court-appointed trial attorney for individuals charged with serious crimes. As a trial lawyer, Lara obtained not guilty verdicts and dismissals for many of her clients whose charges ranged from drunk driving to burglary, robbery, grand theft auto, and drug offenses. Lara has also successfully defended those facing life in prison. Lara's primary objective in every case is to obtain justice for her clients.

In private practice, Lara still practices criminal defense and has also become one of the preeminent criminal appellate attorneys in California. Lara has written appellate briefs filed in the California Court of Appeal, California Supreme Court, and in the United States Supreme Court. She regularly handles petitions for writ of habeas corpus in state and federal courts where actual innocence and ineffective assistance of counsel are issues. As an appellate attorney, Lara spends the majority of her time reviewing trial court records for issues involving questions of constitutional law. In one such case, Lara won a petition for writ of habeas corpus due to a Sixth Amendment Confrontation violation in the United States District Court for the Southern District of California. Lara has worked on Amicus briefs in some major appellate cases in California, including People v. Vangelder, People v. Harris, People v. Arredondo, and Espinoza v. Shiomoto. Lara and her team prepared Amicus briefs filed in the California Supreme Court in People v. Dungo and in the bail case of In re Humphrey. Lara also worked on Amicus briefs filed in the United States Supreme Court in Williams v. Illinois and in Mitchell v. Wisconsin.

Lara lectures lawyers across the state with respect to research and writing, appeals, writs, motions, and trial work. She has lectured for California Attorneys for Criminal Justice, California DUI Lawyers Association, California Public Defenders Association, and National College for DUI Defense. Lara was also a guest lecturer at Pepperdine University School of Law in 2018. Due to her experience, Lara has become known by her colleagues as a go-to source on motions in criminal cases, appellate advocacy and procedure, research and writing, DUI defense and collateral consequences, and challenges based on Sixth Amendment confrontation violations. Lara is a contributing author for Donald Bartell's book, Attacking and Defending Drunk Driving Tests, and coauthored California Vehicle Code section 13353.3(c), enacted in 2012. Lara is the past President of the California DUI Lawyers Association, a statewide attorney organization with hundreds of members, and she a selected Southern California Super Lawyer in Appellate Law for 2020, 2021, 2022, and 2023.

Lara is a Christian, a vocalist, and speaks conversational Spanish.