Attorney Mike Donaldson represented a client accused of driving while under the influence of an inhalant gas and causing an accident. A blood sample was seized from the client without a warrant which purportedly showed the client's blood contained the inhalant gas. Attorney Donaldson filed a motion to suppress the blood evidence on the grounds that it was obtained without a warrant. A Riverside County Superior Court judge suppressed the evidence and the prosecutor dismissed the case. The client was facing a one-year license suspension, thousands in fines, and years of probation. 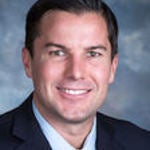