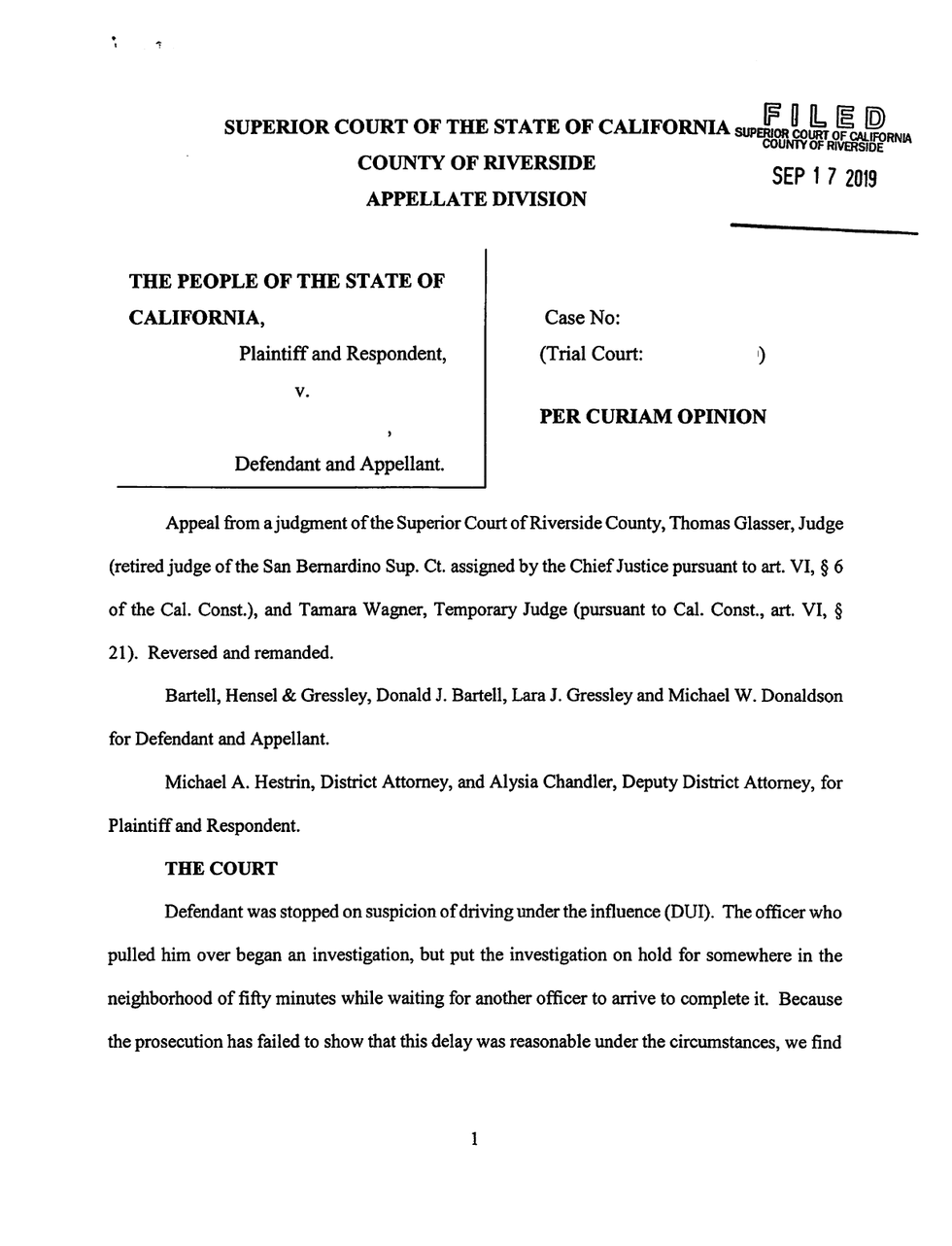 Superior Court judge denied a motion to suppress evidence under Penal Code section 1538.5 that they filed on behalf of their client. The suppression motion argued that the police officers in the case subjected their client to a prolonged detention in violation of the Fourth Amendment, among other things. The superior court judge ruled that no such violation occurred, and denied the motion in its entirety. After oral argument in the appellate division, the appellate court issued a decision on September 17, 2019, in which it held that the police subjected the client to a prolonged detention in violation of his Fourth Amendment rights. The Appellate Division ordered the superior court to grant the motion to suppress evidence, which means most of the evidence, including a blood alcohol test, will be suppressed and not be admissible at the client's trial. This is a big win for the client, and will likely result in dismissal of the case altogether.

Motions to suppress evidence are often some of the best defenses in DUI cases. They should be brought in DUI cases where the driver was subjected to an unreasonable detention, search, or arrest. Winning suppression motions can greatly improve the outcomes of DUI cases.