The DRE protocol consists of the following 12-steps:

Drivers who may have used marijuana are expected to exhibit the following indicia of use following a DRE Evaluation: 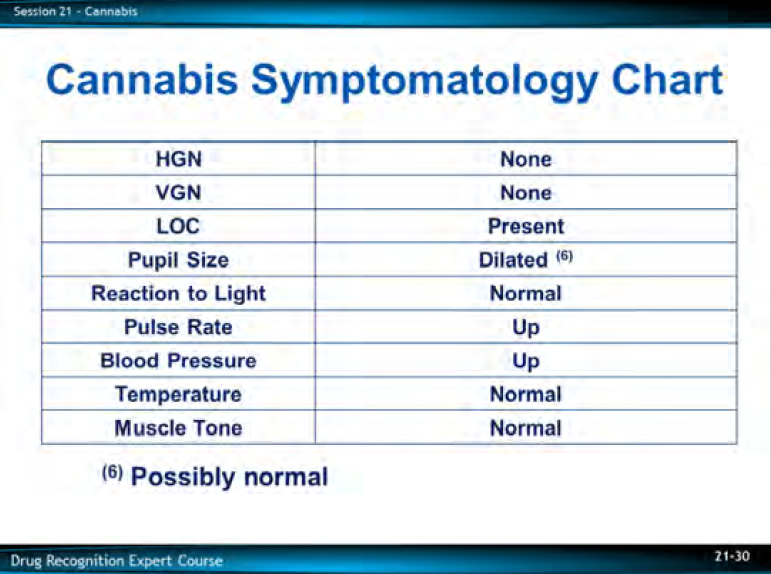 The problem with this line of testimony and DRE Evaluations as a whole is that they have never been demonstrated to reliably allow officers to determine if someone is impaired by a drug. Many studies have found (accurately or not) that the DRE Evaluation allows DRE officers to predict what drug a person has taken with some level of accuracy. But, no study has demonstrated the ability of the DRE Evaluation to reliably predict whether someone is too impaired to drive, which is the ultimate question in a marijuana DUI case.