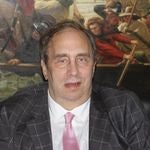 Donald Hensel is a native of Chicago. Don graduated from Elmhurst College in 1980, where he obtained a B.A. with Highest Honors. While at Elmhurst, Donald was a four-year starter in Football at Defensive Tackle. He obtained First Team All-Conference Honors and was a member of Elmhurst's First Conference Champion Football Team in 1978 under Hall of Fame Coach Tom Beck.

Donald took and passed the California Bar in 1983 and the Nebraska State Bar in 1984. He is a member of all of the Federal District Courts in California as well as the District of Nebraska. Donald is also a Member of the Bars of the Eighth and Ninth Circuits of the United States Courts of Appeal. Donald was also admitted to the United States Supreme Court Bar in 2000.

In over 31 years of practice, Donald has tried numerous civil and criminal cases throughout California. He has also handled cases in Nevada, Idaho, Nebraska, and Arizona. While known as a family law attorney, Donald is also very experienced in all aspects of civil litigation and has tried many criminal jury trials with some excellent results. Donald has lectured at several Lorman Continuing Education Seminars in the areas of Felony Criminal Defense and DUI Defense.

Donald Hensel has been a partner at Bartell & Hensel since 1985. Due to his vast experience over the past 31 years, Donald can successfully handle virtually any type of case. And he is unmatched in the courtroom.