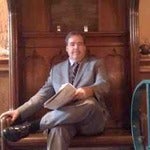 With over 32 years of experience, Don Bartell is the go-to attorney for DUI defense.

Don Bartell wrote the leading treatise on DUI defense - Attacking and Defending Drunk Driving Tests. As the twice-elected past President of the California DUI Lawyers Association, Don has led the DUI defense bar to success on many fronts. Don has become the leading source on the topic of DUI defense in California. Other lawyers routinely call Don for advice in the areas of DUI defense, jury selection, cross examination techniques, DMV hearings and consequences, legal writing, and appellate work. Don has lectured other lawyers on those topics across the nation - from New York to San Diego. Don was invited to be one of only two defense lawyers in a mock trial put on by the National College for DUI Defense in New Orleans, and is speaking again at the California Public Defenders Association seminar in Monterey, California in June of 2017. He co-argued the state's two leading DUI cases in the Court of Appeal and in the California Supreme Court. Don has written briefs submitted to the federal court and to the United States Supreme Court. The Supreme Court called his book an "authoritative source." Don has received the Lifetime Achievement Award for his contributions. Don also holds the prestigious title of Super Lawyer.

Many lawyers of Don's caliber are seldom seen in the courtroom. Don regularly appears in court, and tries several cases every year. He seldom loses. Don has a stellar reputation amongst his colleagues, clients, and friends for good reason.

Don believes in the team approach. Attorney Lara Gressley works on every case with Don. That team approach has resulted in many favorable outcomes for BH&G clients, as can be seen in the Case Results link.

Other lawyers have called Don "the best attorney in the nation."