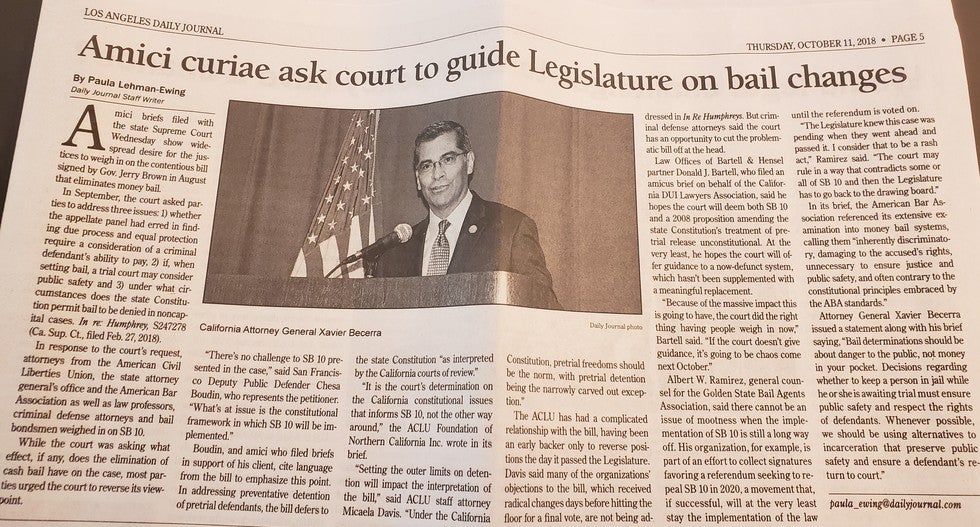 On October 9, 2018, Bartell, Hensel & Gressley filed an Amicus Curiae brief on behalf of the California DUI Lawyers Association in the In re Humphrey case now pending before the California Supreme Court. The Humphrey case, decided by the First District Court of Appeal in January of this year, radically changed the way courts may set bail in criminal cases. Our firm's brief was filed in support of Mr. Humphrey and the Court of Appeal's decision, which held that bail cannot be used as a mechanism to preventatively detain poor people. Donald Bartell was interviewed by the Daily Journal regarding the Amicus brief, which can be seen to the right.